self-similar $$\to$ when zoomed in, look the same

If zoomed in, there is no way to tell that we have zoomed in. 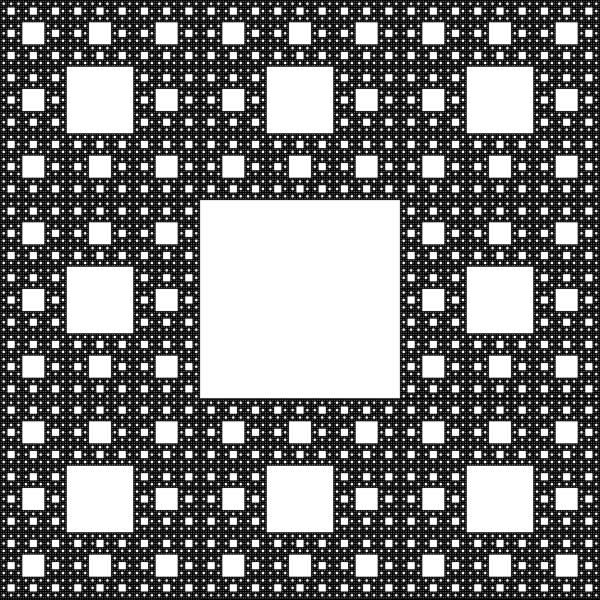 The important property is that when we zoom in on an edge, it is arbitrarily “bumpy” - non-smooth. This is similar to things like shorelines. There is a self-similarity in natural shorelines.

However, shorelines are not as bumpy as Koch Snowflakes. They are smoother. Hence, we need a concept to describe the bumpiness.

Question: How quickly does Koch Snowflake’s length converge to infinity?

From the starting point, jump a fixed distance, $$d_u$, and measure how many $d_u$ are there in the line.

Each different $$d_u$ results in a unique length, and as $d_u$ approaches 0, the length measured approaches $\infty$

The scale is related to length and this function describes the bumpiness of a fractal line. This is called Fractal Dimension.

Use fractal dimension to model a bumpy line, and computationally derive the line, rather than describing more details.

Moreover, we need to take care of the angles, length and returning position.

The above process can be described by CFG:

This use of CFG is called L-System.

The sub-parts are statistically similar to the original image, but not exactly the same.

To create a nice tree, it is important to examine each tree. There is a grammar to each type of tree, describing its patterns.

However, sadly trees don’t grow by the fractal model.

A raster vector of height

The problem is the grid pattern is visible. There are ‘+’ in the graph, so rotating the graph will be noticed (not entirely natural)

A perlin fractal is created by taking in a height map, downsize it, and fill itself with the small height map.